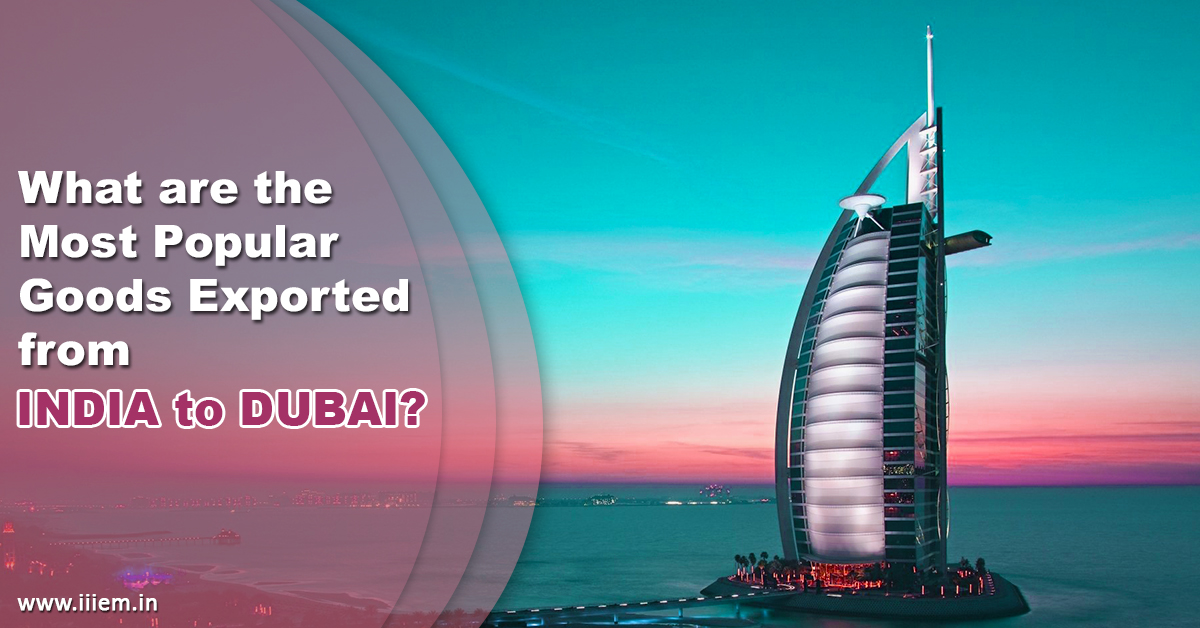 United Arab Emirates and India shares one of the most strategic and comprehensive relationship as compared to other Arab countries. Since years, India has been a leading exporter of oil as well as non- oil products to UAE. Almost 9.2 percent of the total import of UAE is from India. Ties between the two countries are historic and UAE acknowledges India as a major partner in trade.

Food items are the major export of India in UAE but along with that, UAE also imports machinery, jewelry, pearls, vegetables etc. As per a survey was done in the year 2014, India and UAE had business trade of $60 billion. It is been expected that both countries will have a trade of $ 100 billion by the end of 2020.

Below is the list of some of the most exported items from India to Dubai, UAE –

Pearls, metals, stones and similar other products are exported by our country to United Arab Emirates. In the year 2017, the export from India stood to 12042190 thousand dollars.

India is a country that has various chemical factories as well as research institutes. India earned 340272 thousand dollars in 2017. India earned 291784 thousand US dollars by exporting such compounds.

By exporting the above products to UAE, India earned 168871 thousand dollars in FY 2017.

India produces a huge amount of meat and its similar products and thus exports to various countries over the world. UAE imported 166619 thousand US dollars in 2017.

30 thoughts on “What are the Most Popular Goods Exported from India to Dubai?”