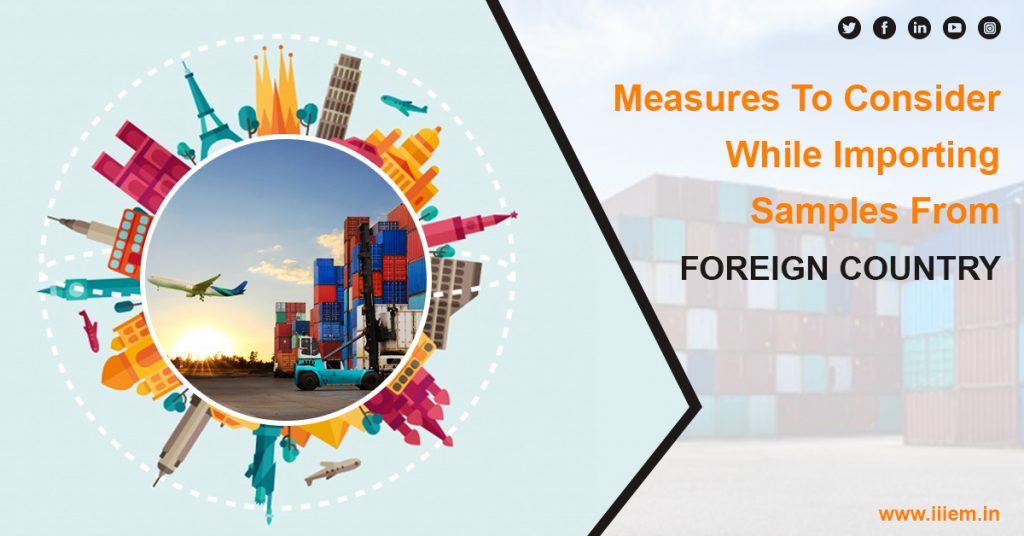 Samples are generally specimens of goods that may be imported by that of the traders or representatives of product manufacturers Abroad in India in order to assess its marketability, know its characteristics and usage in India. Before booking a confirmed order, it is important for the importer to ask for original sample of the manufactured product that can be shown or demonstrated for the purpose of customer appreciation and acceptance.

Importing of bonafide trade samples by that of traders and industrialist provided the said goods have been supplied free of charge. For duty free clearance of samples, the value of individual sample should not exceed Rs. 5000 /- and aggregate value should not exceed Rs. 60, 000 /- per year or 15 units of samples in a year. This kind of strategy avoids the risk of non- payment of Customs Duty through repeated imports of samples in smaller lots.

Who can import/ Send –

As per Geneva Convention that was held on 7th November, 1952, Import of samples of goods is exempt from import duties. India is a signatory to it and thus facilitate the Importation of Commercial Samples and Advertising materials.

Machinery, which are prototypes of engineering goods, imported either for further manufacturing of the said goods or to be used as capital goods for export production or in connection of securing further export orders can also be imported duty-free if the value does not exceed Rs.10000/-.  The goods can be cleared by furnishing a Bank Guarantee (or) deposit of the duty payable and an undertaking from the importer that the said goods would be re- exported within the period of 9 months from the import.

The samples have to be re-exported within 9 months. However, the Assistant Commissioner of Customs can extend the period of 9 months for some further reasonable period under special circumstances.