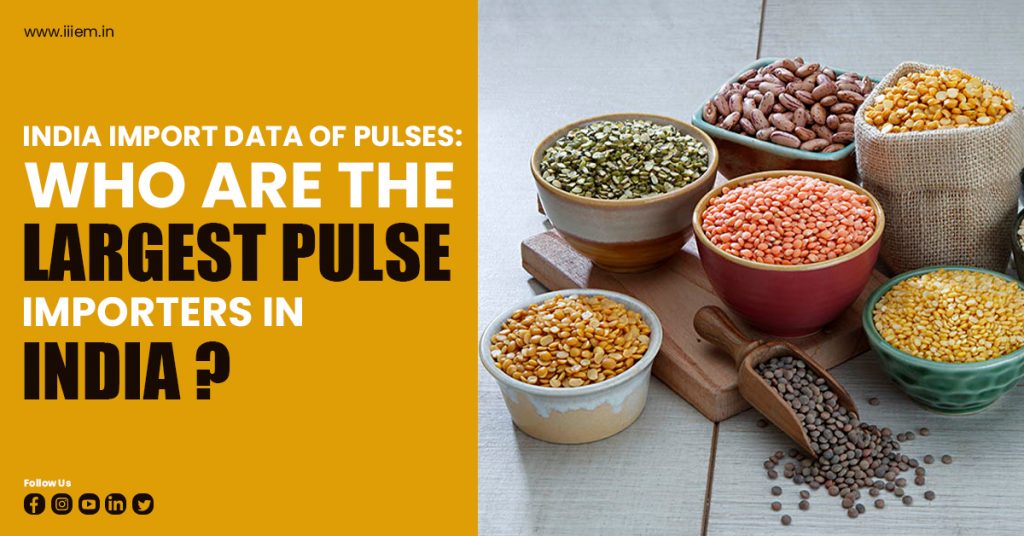 Since many years, India has been amongst the top importer of Pulses, though it grows in bulk but does not suffice the requirement as compared to its needs. India receives almost 50 per cent of the annual pulses from Canada and Myanmar. According to a custom data of last year, Rs. 102 billion was spent in imports. The most imported pulses are tur daal, chick peas, urad daal, chana daal, massor daal and moong daal. Along with it being the largest importer of pulses, it is also the largest producer of the same. Almost 24 per cent of the total GDP in terms of global output is been contributed by pulses in the country. During pandemic the demand has increased to a huge extend as government is been giving free grocery to the poor and needy people of the country.

Endlessly vast is the term that one can use while describing the demand of pulses in India. Last year 7 lakh tonnes of pulses were been imported. Pulses exporters of Canada, Myanmar and African countries depend hugely on India so as to reach maximum level of profit. The country remains responsible for almost 15 per cent of the foreign import- export, 27 per cent of the total consumption of pulses at the world level and 25 per cent of the total global production of the pulses every year. It was been predicted that the country would import almost 3 million tonnes of pulses in F.Y 2020-21.

Canada is the largest exporter of pulses for our country. The country exports 2.5 million tonnes every year in the global market. The country exports almost 36 per cent of the total production to India, 10 per cent to China, 8 per cent to Turkey and 8 per cent to Bangladesh. Countries like Pakistan, England, Saudi Arabia, United States of America and others are also importing pulses from Canada. There was a time when India used to export pulses but due to its high demand, government has stopped exports. The country has permitted unrestricted import of pulses that has low duty due to stagnant area, which is under cultivation and production and this is the picture for almost 20 years.

It is high time for India to get into Export Import aggressively. Indian Export journey has just started. Subsequently the demand for Export Import Training has also gone up.

The apex body, which governs India’s pulses and grains industry as well as trade is – IPGA (India Pulses and Grains Association). It works closely with that of the government bodies at various levels so as to assist in making dynamic policies which can boost the pulses industry. The outflow and inflow of the grain from the country to the rest of the world has brought significant impact on the economy of the country. Subsidized and liberalized pulses import has helped the country to meet the demand and supply gap. The pulses import helps to slow down the amount of decrease in the net per capita of the total food grain. In order to decrease the import of pulses, effective as well as continuous efforts would be required.