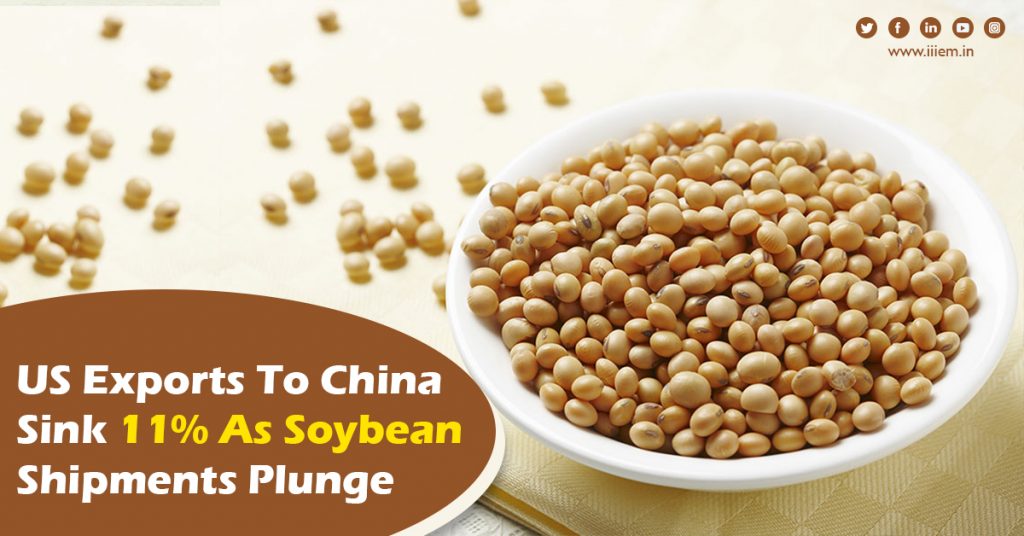 In the year 2018, the only crucial issue that went through global economies was trade war between the United States and China.

Soybean shipments plummeted amid the escalating trade tensions between the world’s two largest economies, which resulted into 11.3 percent decrease in Soybean exports. USDA’s Federal Grain Inspection Service reveals that through the first seven weeks of the 2018/19 marketing year, 7.4 million bushels of new-crop U.S. soybeans have been shipped to China, down 97 percent from prior-year levels. Both the trading countries are involved into trade war as each country continues to dispute tariffs that are placed on commodities traded amongst them.

To learn the export import business from basics with step by step procedure and all the documentation, join any institution which provides good knowledge from industry experts.

According to US trade with China statistics, US soybean exports to China have plummeted in 2018, amid the escalating trade tensions between the world’s two largest economies.

Top 5 Import Countries of US Soybeans –

US export soybeans to the world amounted to USD 13935 million During January and October 2018. US soybean exports to China accounted for USD 12253 million in 2017, which declined to USD 97 million in 2018 (Jan-Oct 2018) due to ongoing trade between countries on higher tariffs. Shipments of soybeans to China have fallen by 98 percent along the Mississippi River, 95 percent out of the Columbia River and by 91 percent from the Puget Sound.

China crushes soybeans to produce soy meal, which is been fed to its massive livestock herds.

In the first month of the year, the country recorded the highest export value of soybeans and then the figures started declining due to trade war between the US and China. As we know about 60% of the country’s total soybean exports shipped to China, the goal went to trade dispute, the figures went down sharply as China started coming from the US from December only.